With over 50,000 entrepreneurs, Kickstarter is the go-to crowdfunding place for aspiring individuals or companies from all fields ranging from design, music, writing and even gaming!

Since the website’s launch back in 2009 by Perry Chen, Yancey Strickler, and Charles Adler, over 20 million people have backed a project, $5.8 billion has been pledged, and 201,960 projects have been successfully funded. Now the question is what makes it a convenient place for crowdfunding?

By allowing entrepreneurs to upload their pitch deck, setting a timeline for donations and sending contributors the product or other forms of gratification after it’s done, The community is one of the contributing factors to the success of Kickstarter.  Well, you can share your ideas by commenting, liking, disliking and sharing the idea to other platforms.

Interestingly, some entrepreneurs managed to accumulate more funds than their original goal in a short period of time such as the creators of Exploding Kittens. In this story, we’re going to explore how their campaign is the most-backed and most-funded game in Kickstarter's history!

The Origins of Exploding Kittens 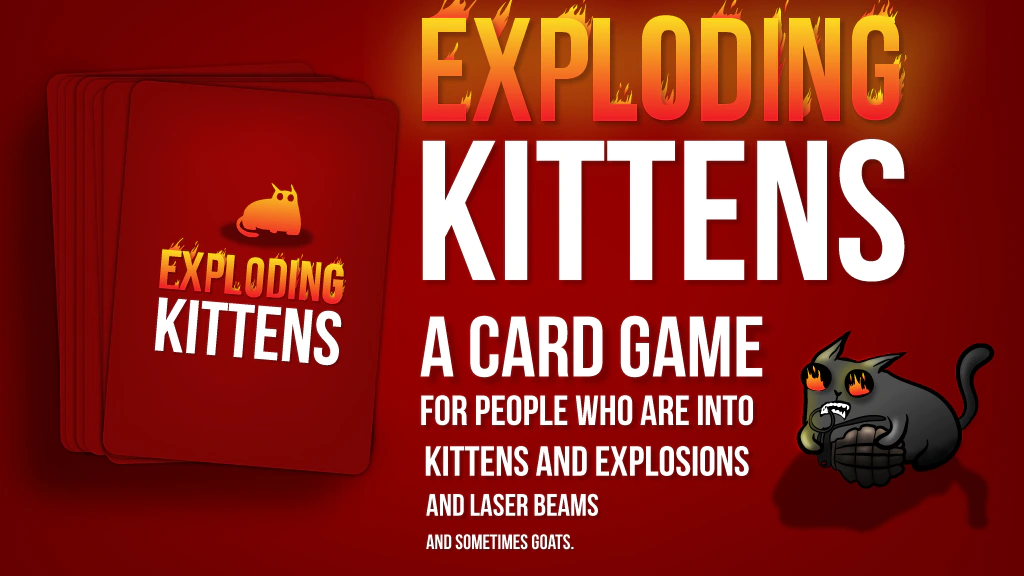 The card game was designed by Elan Lee, Matthew Inman from the comics website The Oatmeal, and Shane Small. Exploding Kittens is a simple game, all you need is 2 to 5 people and this is how you play it.

The purpose behind creating the most successful businesses is to solve a problem and in the case of Exploding Kittens, it is to get people together.

Elan saw how his nephews and nieces are glued to their gaming consoles whenever he visited them. He felt like there’s not much interaction going on as kids are supposed to laugh and have fun together instead of living in their own world and from that, the idea materialized.

Shane first proposed to Elan a card game called “Bomb Squad”, which is like Russian Roulette. You keep playing till you draw one card that eliminates you. Although the element of excitement was present, it was dull or in the words of Matthew Inman, “it’s got no soul”. To fix this issue, Matthew replaced the bombs with Exploding Kittens which he illustrated funnily.

But why Kittens? Why didn’t Matthew draw puppies instead?

Cat videos have been watched more than 25 billion times on YouTube! Most of us love those fuzzy fur balls and if you own one, you probably have a memory of it doing something dorky that ends up in a disaster, which justifies the explosions!

Now, the game is being sold worldwide and is available on Amazon.

But again, what are the factors that made them reach 219,000 backers, and how did they still manage to go strong at the beginning of the pandemic? 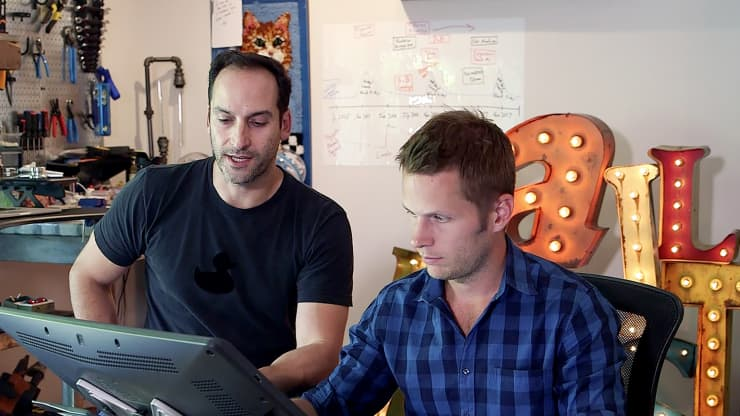 Elan Lee and Matt Inman at the office in Los Angeles. Credit CNBC

The driving force behind any successful team is synergy.

In the case of our trio, they had the same goal in mind which is to create a fun and original card game that’ll get people together. They all have a similar background as they all worked in something related to technology and they like the idea of Kickstarter. Plus, they’re into video games and they don’t mind spending the weekend grinding to create the next great idea.

When a group of individuals has the same mission, passion and a special deal of creativity, they’ll pour all their experiences and creativity into creating something which could be out of the ordinary! Having a decent business model is vital to the success of any business.

Exploding Kittens is not an expensive product to fund, they only asked for 20 USD and they made it clear that they’ll pay back the donors by sending them a deck of cards which is how they managed to achieve their goal of getting 20,000 USD in just 2 hours. In 7 hours, they managed to get around 1 million dollars. By the end of the first week, they managed to accumulate around 3 million dollars but by then, the number of donations dropped sharply.

To help increase the number of donations, they had to re-evaluate their strategy but what made them take this approach?

They were inspired by the number one most-backed project at that time, a gaming console called OUYA. They noticed how they had lots of comments in their comment section. After further analysis, it turned out that the more comments you have, the more donations you might be able to accumulate. So, all they had to do was come up with something to increase the engagement rate within their community, so that the donations would flood in again, but how did they pull it off?

Instead of asking for money, they created challenges that if the community managed to achieve, they’ll come up with more deck ideas. The challenges revolved around crazy image submissions such as the challenge where they asked for a picture of a real “Tacocat”.

Their re-evaluation strategy didn’t stop there, not even in the pandemic!

Since gatherings aren’t allowed, they made some changes to how the game is played which made it possible for people to play it online via video calls. The purpose behind this move is to keep the brand relevant and playable.

Therefore, never stop re-evaluating and thinking of ways to improve your business! 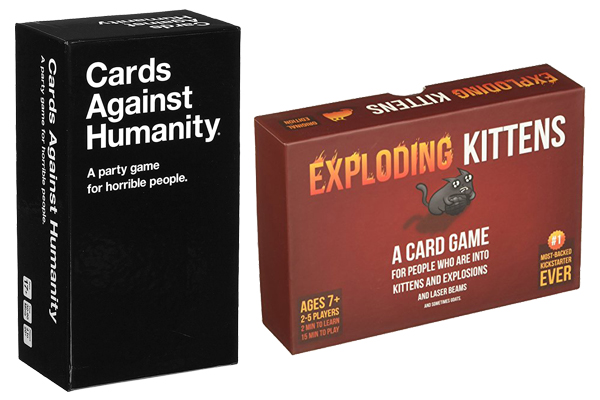 There's lots of businesses with huge potential, unfortunately, they never end living up to it.

Credibility is a key factor that will determine whether a Kickstarter business can flourish after their campaign is over or not. In the case of Exploding Kittens, the team managed to do that by showing their intent to back the contributors as fast as possible as they collaborated with Cards Against Humanity who can deliver anywhere on the planet which proved to be a great idea as everyone got their cards eventually.

The reason why they approached them is that there are lots of businesses that accumulate a huge amount of money in the donation process but the customers get angry once there’s a delay in shipment, which was the case with Coolest Cooler’s campaign that failed to deliver 20,000 products and they had to close. What makes the team special, is their ability to tell great stories, and it shows on their Kickstarter page.

They told a story that explains who they are (to establish credibility) and how they made their product come to life (by using humorous illustrations to explain each point). They did not overstretch or use jargon in their discourse, they kept it simple, concise and most importantly, fun.

If there is one thing we can learn from the success of Exploding Kittens is the importance of storytelling. Anyone can come up with a creative card game but in the end, the story is what sells.

In fact, having a great story will not only help sell your product or service, but it will also help build credibility which is why people will favor you over your competitors and buy what you offer.

We at Xavier Mah Consultancy will help you build this credibility as we believe that you have a story worth telling and it’s our job to craft it in a compelling way by using our tried-and-trusted AID method.

If you need any help with marketing communication and digital content, don’t hesitate to drop us an email at info@xaviermah.my.

Disclaimer: Exploding Kitties was still on the top 10 list of the most funded campaigns and the highest ever when it comes to the number of donors as of the 21st of May.